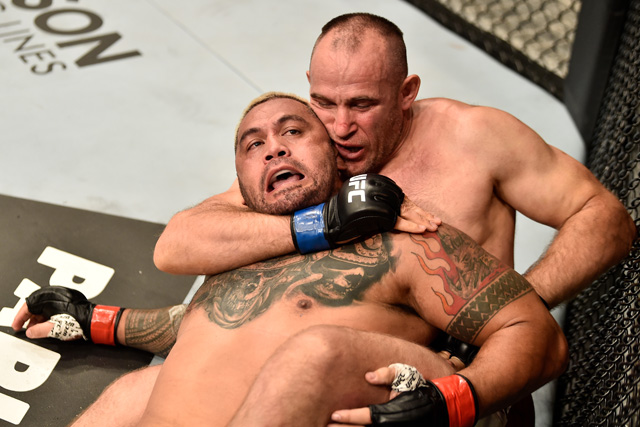 Russian submission savant Alexey Oleynik survived several hairy moments early on but he was able to prevail in front of nearly 20,000 fans in Moscow at UFC Fight Night 136.

Oleynik absorbed several nasty leg kicks from former K-1 Grand Prix world champion Mark Hunt (13-13-1) and was badly wobbled by a laser-like right hand to the head. But “The Boa Constrictor” hung tough and lived up to his nickname by choking out Hunt a few minutes later.

Oleynik (57-11-1) eventually took “The Super Samoan” down, seized his back and locked in the rear-naked choke, forcing Hunt to tap out. The New Zealand native bowed out 4:26 of the first, capping off the card Saturday inside Olimpiysky Arena.